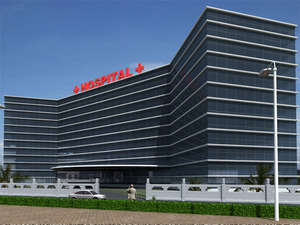 The Narendra Modi government is considering a plan to substantially increase the social security cover available for weaker sections in the Budget. If cleared, the medical insurance cover available for below-poverty-line families and certain categories of unorganised sector workers under the Rashtriya Swasthya Bima Yojana (RSBY) is likely to go up by several times. Industry sources said the cover of Rs 30,000 per annum per family might be hiked up to Rs 5 lakh, taking into account the cost escalation in healthcare services from the time the scheme was conceived over a decade ago. The move could attract larger hospitals into the pool and help enhance the quality of services available to the beneficiaries.

The plan for the additional outlay for this purpose has found favour at the higher levels of the government and is likely to be a key element in a ""people-friendly" Budget the government wants to present as it gears up for the 2019 polls, sources said.

Spiralling healthcare costs and skewed incentive systems in the healthcare industry had become a matter of public debate after a couple of tragic incidents in the National Capital Region. The Ministry of Health and Family Welfare had ordered a probe into one of the cases of overcharging in November.

The Centre bears 75 per cent of the premium payable on these policies, while the respective state government bears the rest. The Centre pays out roughly Rs 565 per policy as annual premium for the Rs 30,000 cover, according to data on the India.gov.in portal.

The beneficiaries under RSBY are entitled to hospitalisation coverage up to Rs 30,000 per annum for most of the diseases that require hospitalisation. The coverage extends to a maximum of five members of a family. The policy provides users, who are issued a smart card, cashless service reimbursable to the service provider at pre-determined package rates.

The programme, which had a target to cover 70 million households by the end of the Twelfth Five-Year Plan (2012-17), had reached roughly half that number by FY17, with 36.3 million active smart cards and total hospitalisation cases of about 14 million.

Launched in early 2008, RSBY was initially designed for below-poverty-line households, but was expanded to cover construction workers, railway porters, street vendors, rickshaw pullers, rag pickers, taxi drivers and similar unorganised sector workers. The labour ministry launched the scheme, which was transferred in 2015 to the Ministry of Health & Family Welfare, which administers and implements the scheme in coordination with states and empanelled hospitals.